Lake Sherwood is a popular lakeside community in the Conejo Valley that’s located within the scenic Santa Monica Mountains and is notable for the reservoir of the same name that sits directly in the center of the community. Due to its location among the Santa Monica Mountains, the weather in Lake Sherwood is comfortable all throughout the year, especially in the spring and summer months with a breeze that comes off the mountains.

With a population of around 1,500, Lake Sherwood is a small luxury residential destination that benefits from its compact size, as it caters to a strong sense of community. This area is almost entirely residential and plays host to around 660 homes, of which the majority are single family residences and townhouses, although there are many  estate homes in the area that offer more luxurious furnishings and more spacious grounds. While Lake Sherwood is a relatively small community, it consists of numerous guard-gated neighborhoods that will provide you with the utmost in privacy and security for your home and your family.

For many centuries, Lake Sherwood and the vast majority of Conejo Valley as a whole was inhabited by communities of Chumash Indians. This remained the case until the arrival of Spanish expeditions to much of California in the late years of the 18th century. At this point, Lake Sherwood and a substantial portion of the surrounding area was named Potrero Valley until California became the 31st state in 1850. Once this occurred, the land of Potrero Valley was sold and would eventually switch hands several times over the next 75 years, mainly to ranch owners and agricultural businesses. It wasn’t until the early 1920’s that the area now known as Lake Sherwood began to rise in popularity among residents of California, due mostly to the land being transformed into Sherwood Forest for the creation of the popular “Robin Hood” film that was helmed by legendary director Douglas Fairbanks.

Since that time, the area surrounding the reservoir became known as Lake Sherwood and was used for the shooting of many films and TV shows. Once the land was purchased by David Murdock in 1985, the community began to see the development of homes and properties, quickly becoming the luxurious community that it’s known as today. Along with the three gated neighborhoods developed at this time, the Sherwood Country Club was also formed, becoming one of the most renowned country clubs throughout the whole of the United States.

Lake Sherwood is served entirely by the Conejo Valley Unified School District, as children are allowed to attend Westlake Elementary, Colina Middle, and Westlake High. Each of these three schools is known by residents of Lake Sherwood to provide the children that attend with excellent educations that will pave the way for their college and adult lives. These schools have also received many awards and a substantial amount of recognition over the years, mainly for achieving some of the highest test scores in California. For instance, Westlake Elementary recently received the California Distinguished School award while Westlake High was recognized as one of the National Blue Ribbon Schools, an award that was received by only 329 schools nationwide that year.

If your child is set to attend one of these schools, both Colina Middle and Westlake High offer a range of unique programs that your child can sign up for if they wish to take advanced classes that will further their education. At Colina Middle, an advanced Algebra 1 STEM course is available for any children that would like to prepare for high school and possibly an eventual career within a STEM industry. As for Westlake High, this school comes with the choice of many interesting advanced programs to select from, including an English language course, an English literature course, five advanced foreign language courses that allow your children to learn everything from Chinese to French, four art courses, and five social science courses. Along with these, there are nine advanced STEM courses available for your children, such as advanced chemistry, calculus AB, biology, statistics, and computer science.

Since the vast majority of the area within the community of Lake Sherwood is residential, Lake Sherwood residents use Agoura Hills, Westlake Village, and Thousand Oaks for all of their dining, shopping, and entertainment needs. These areas are very close to Lake Sherwood, providing you with easy access to exciting destinations.

Zin Bistro Americana is a fine dining restaurant nearby Lake Sherwood that specializes in American cuisine and provides visitors with a relaxed and cozy atmosphere. They are open for lunch, brunch, and dinner, and offer a wide selection of dishes for you to select from, including numerous seafood dishes like the Ahi tuna tartar and Atlantic salmon. This eatery is well known for its dessert menu, which is lined with a dozen sumptuous desserts as well as a handful of dessert drinks like the black truffle latte.

Located with the Westlake Plaza & Center, Tuscany il Ristorante is an elegant Italian restaurant that offers an authentic Italian experience for anyone who enters. Although the food is exquisite and the menu filled with upscale dishes, the atmosphere within was designed to match the tranquility and beauty of the nearby area. Inside the menu, you’ll find a large variety of dishes that you can select for either lunch or dinner, including the linguine with fresh clams, imported Mediterranean spigola, and Berkshire pork chop.

The Oaks is one of the larger shopping centers in the greater Thousand Oaks area and is known as the place to go when you wish to shop among many of the brand name stores like Macy’s and Nordstrom. This shopping center is uniquely designed as a two-level, indoor/outdoor shopping mall that houses over 180 shops and restaurants for you to browse. When you’re not shopping inside or eating at one of the dozens of restaurants within the premises, stop by the Muvico 14 movie theater, which provides visitors with state-of-the-art amenities and highly comfortable recliner chairs that make watching a movie a relaxing experience.

Situated on a 1,000-acre ranch and vineyard, Malibu Wine Safaris is a delightful winery situated on the outskirts of Malibu that provides visitors with an eventful open-air adventure where they can watch wine being made and sample some of the most delicious varietals made in California. Throughout the tour, you’ll be able to sip wine while glimpsing some of the local and exotic wildlife that are housed within the ranch, including alpacas, llamas, and yaks. There are seven different tours to select from, each of which extends from 60-120 minutes and allows you to sample anywhere from 2-8 wines. 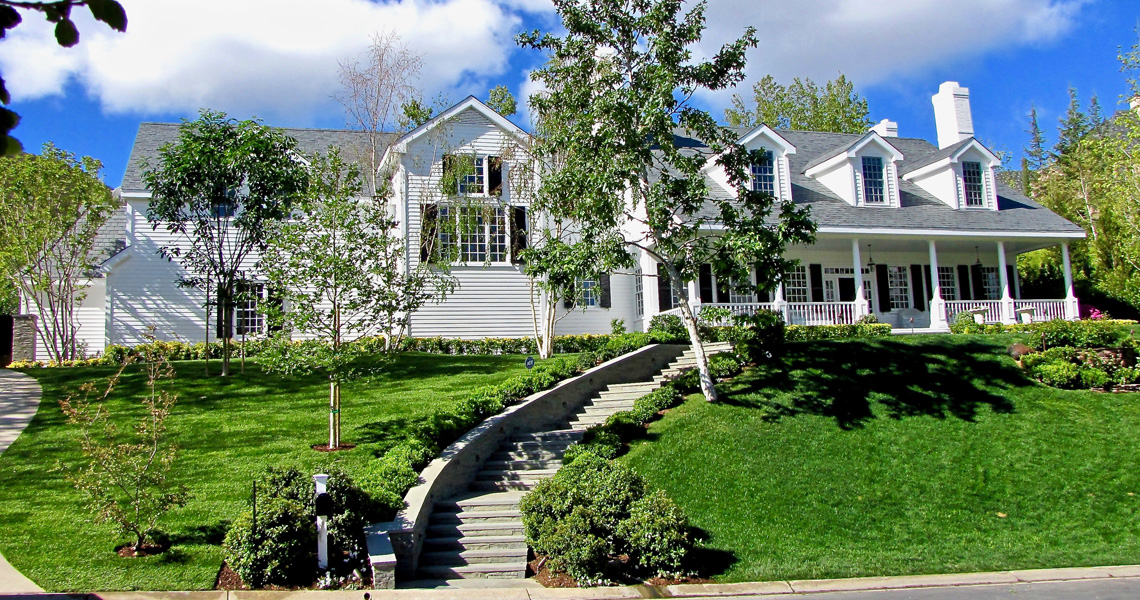 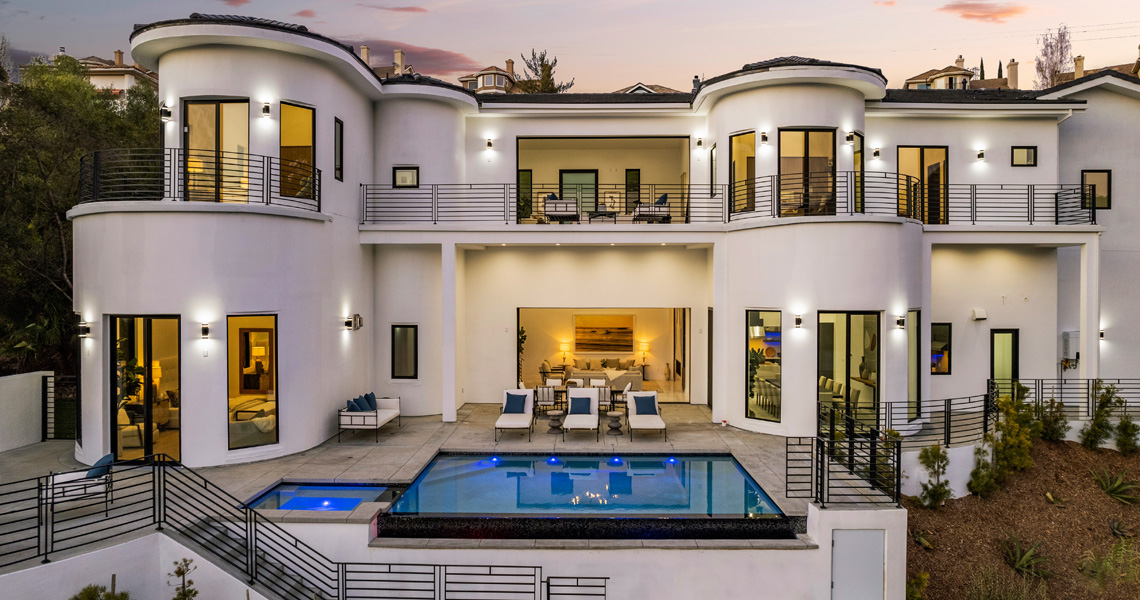 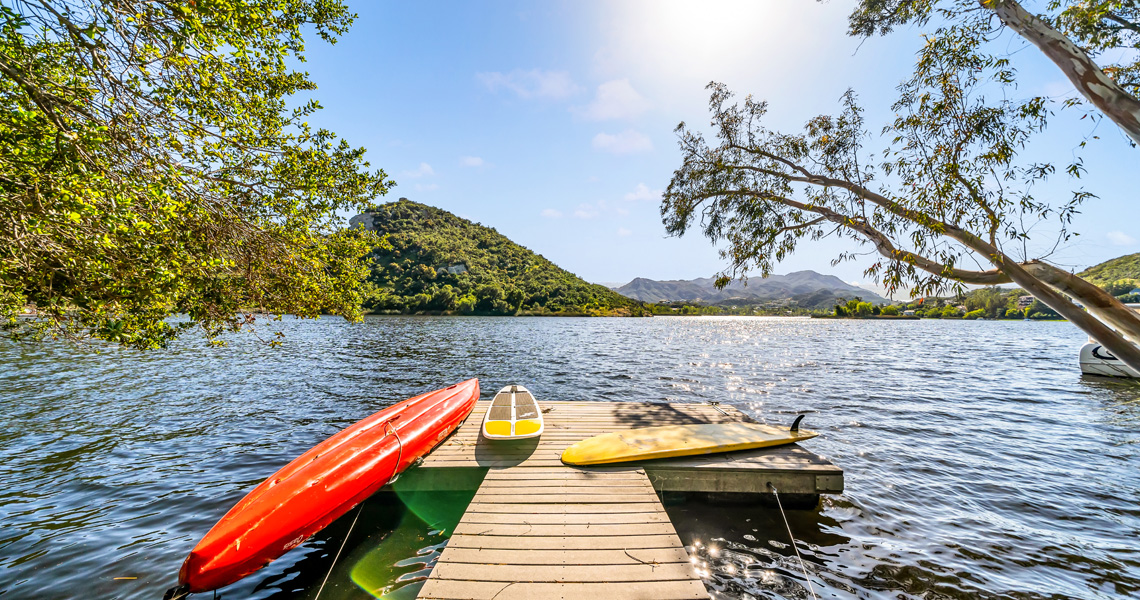 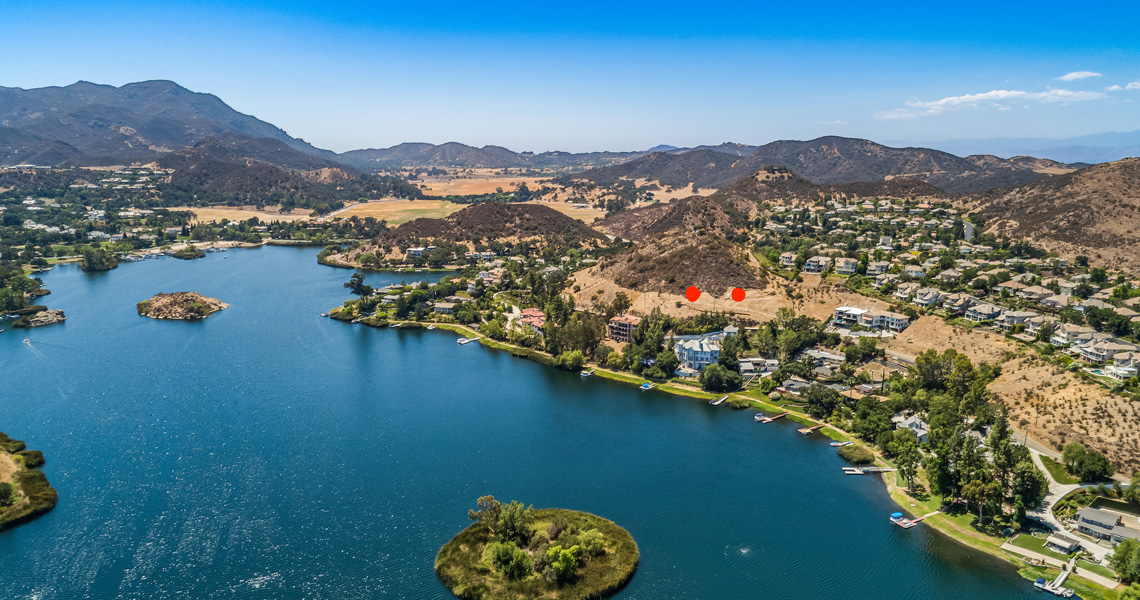 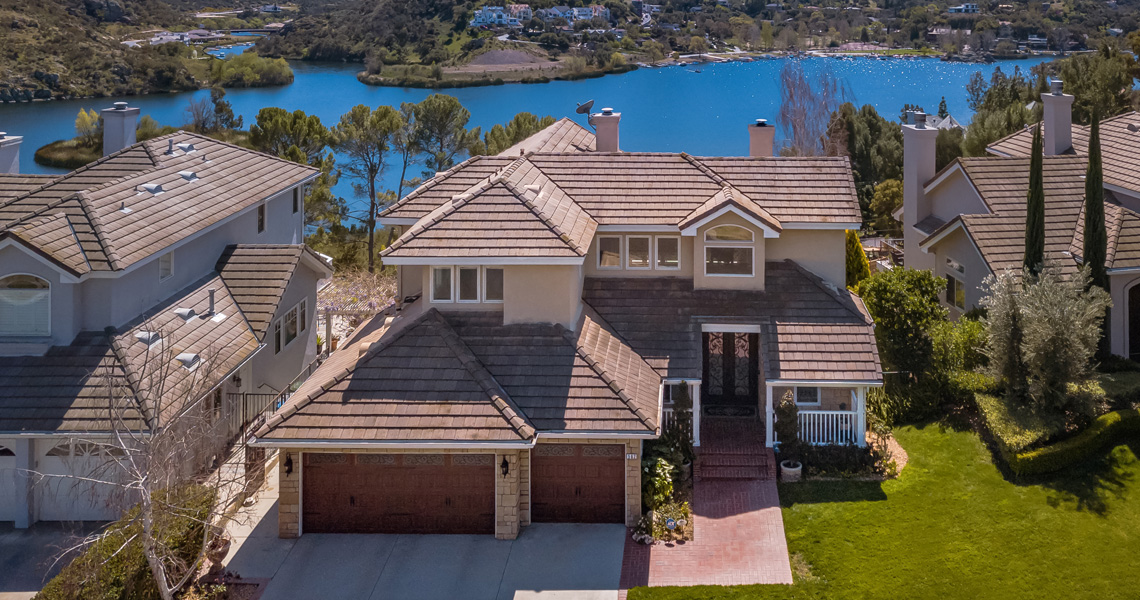 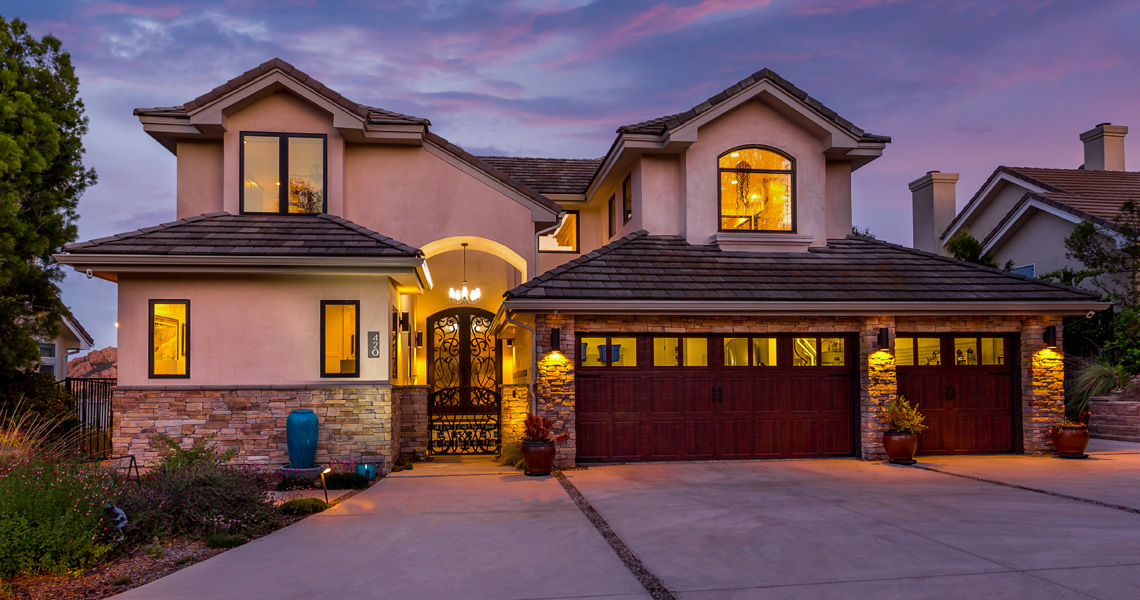 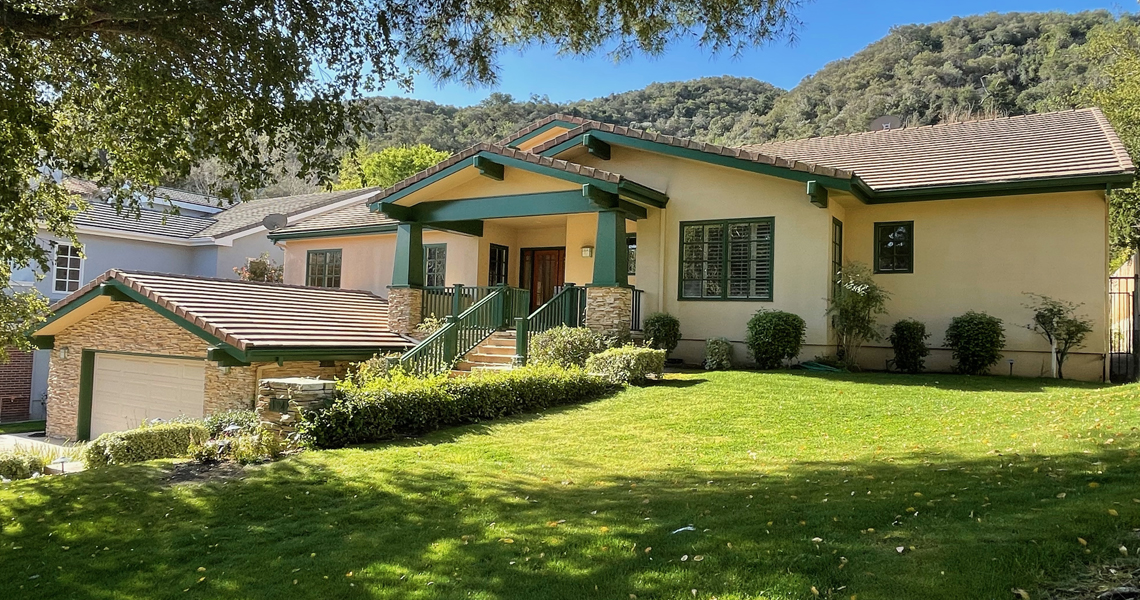 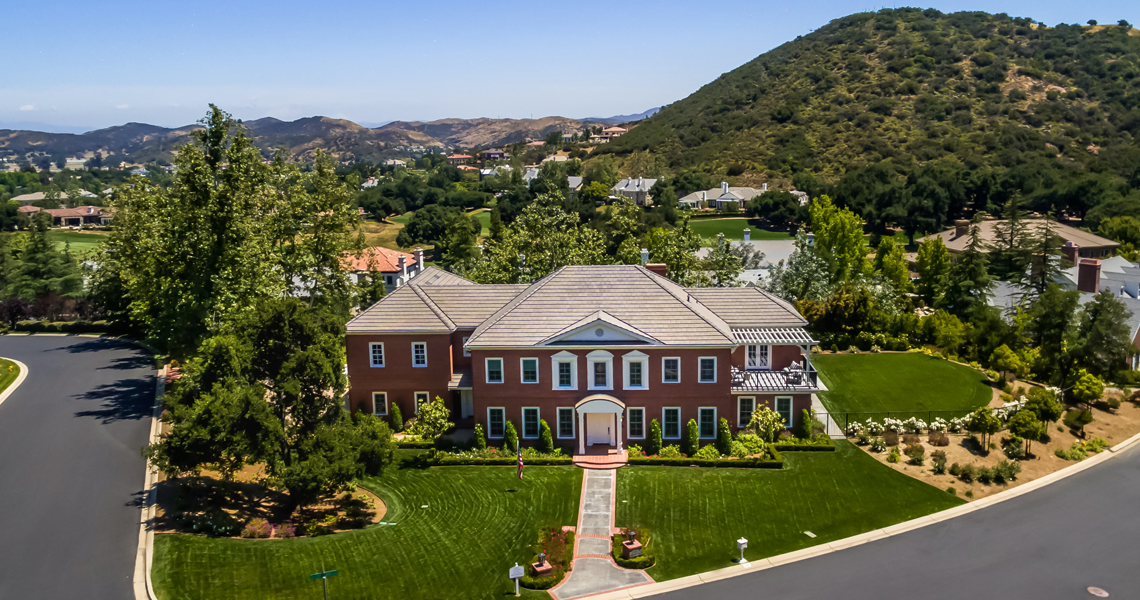 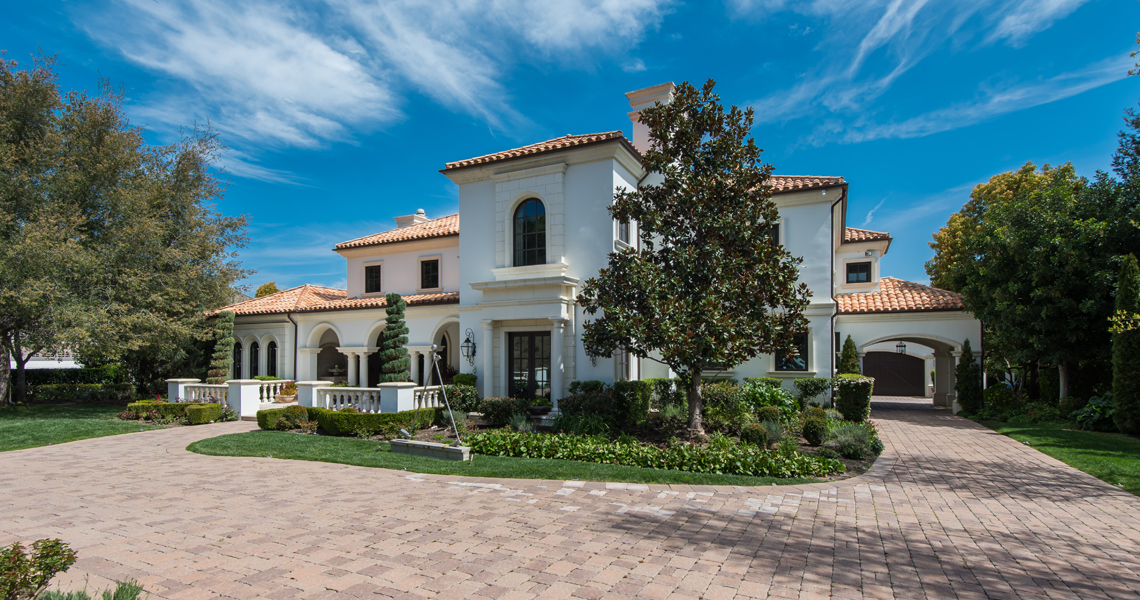 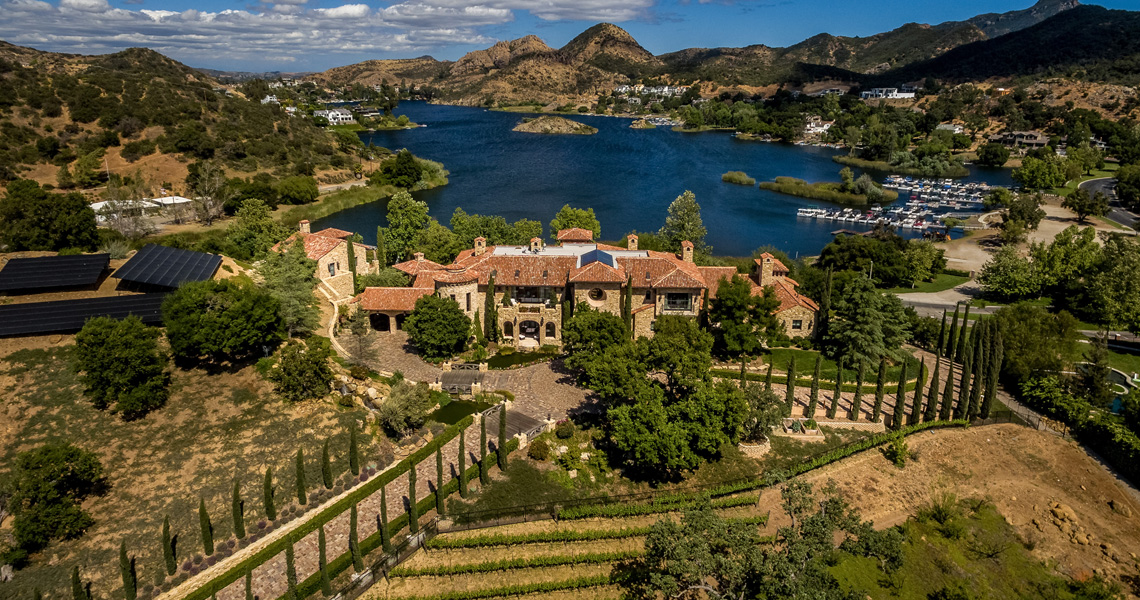 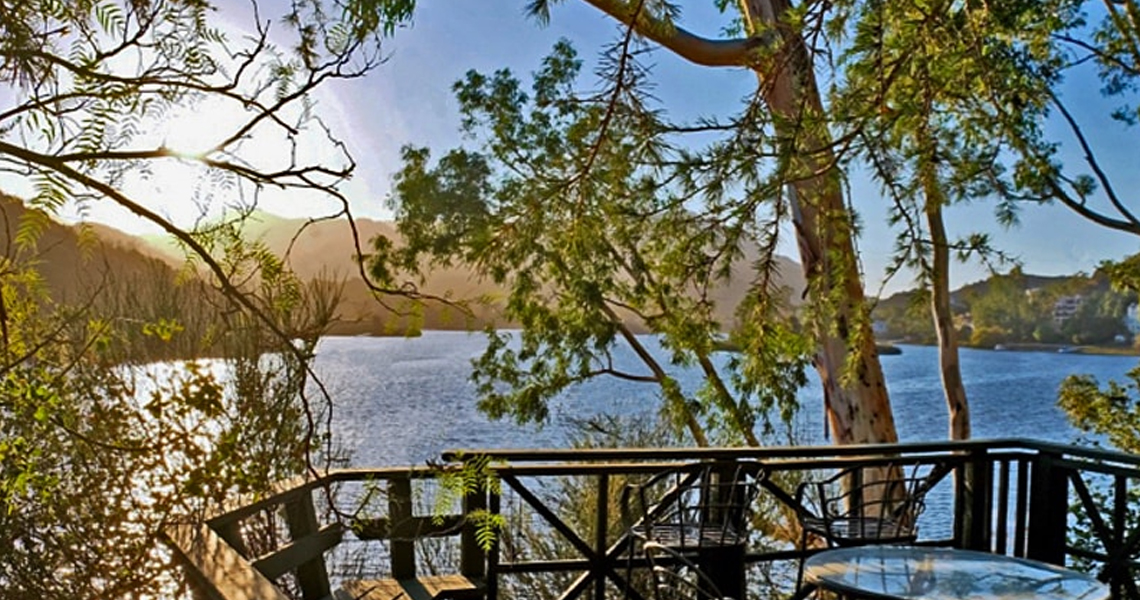 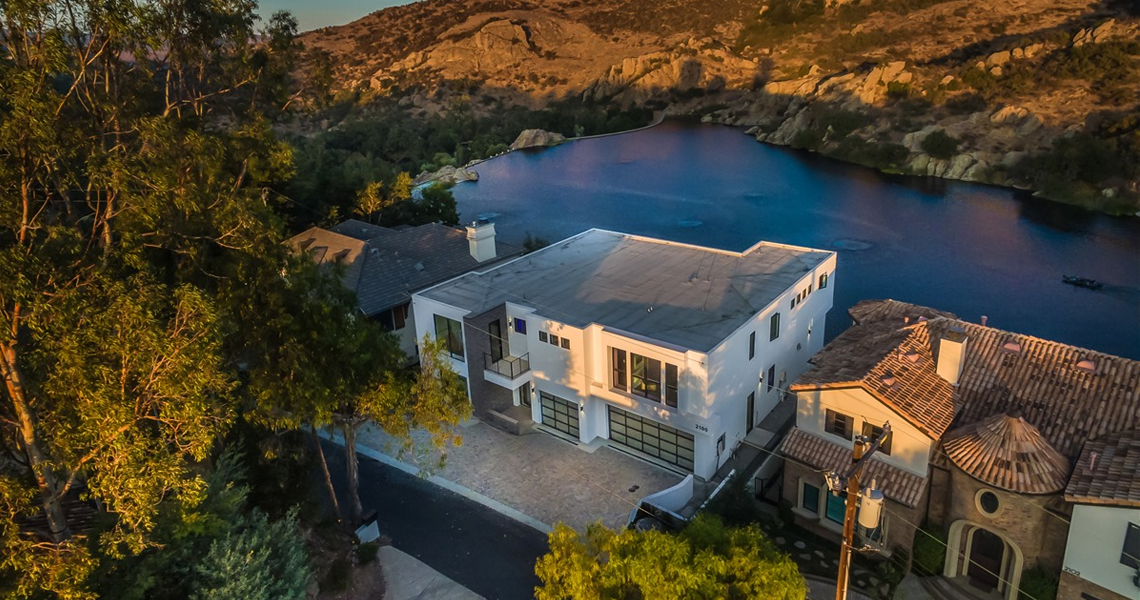 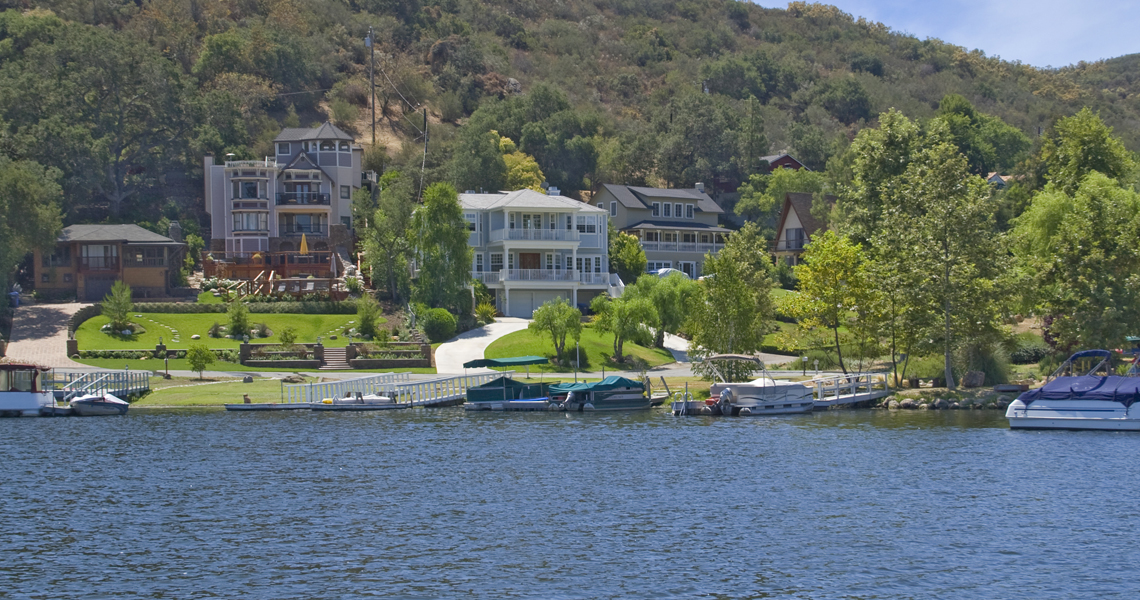 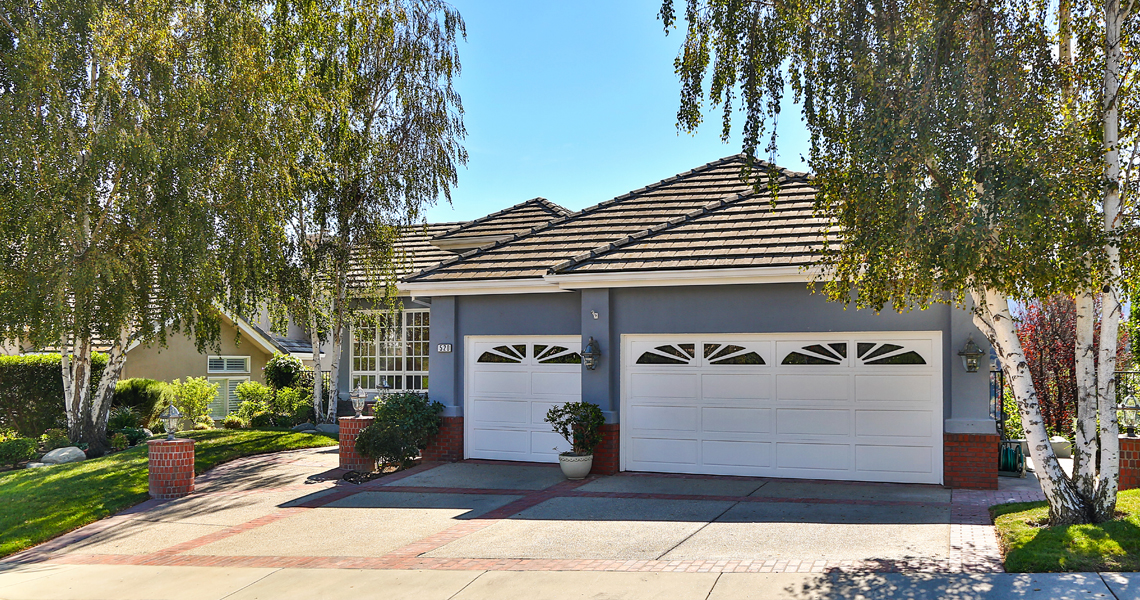 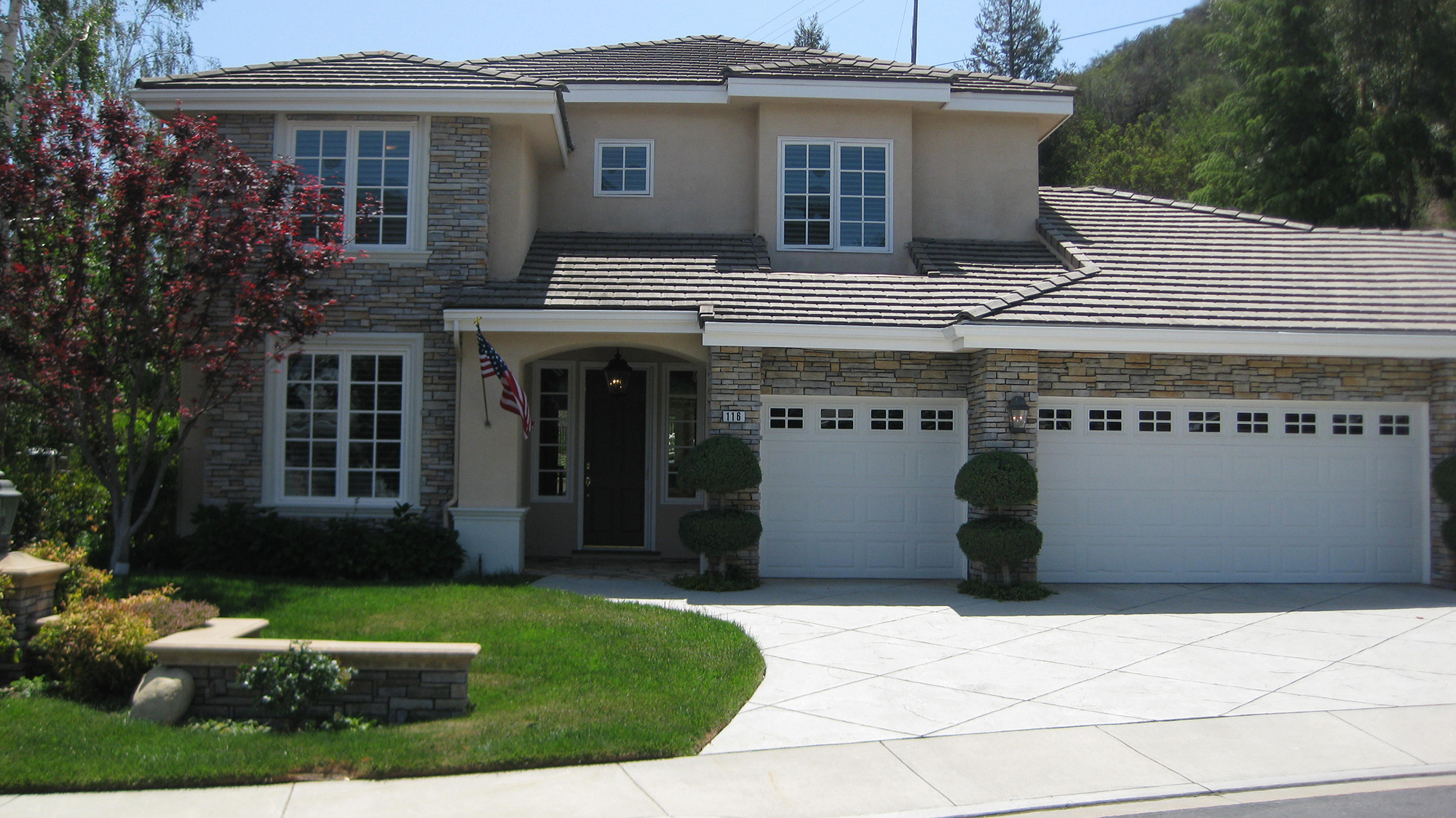 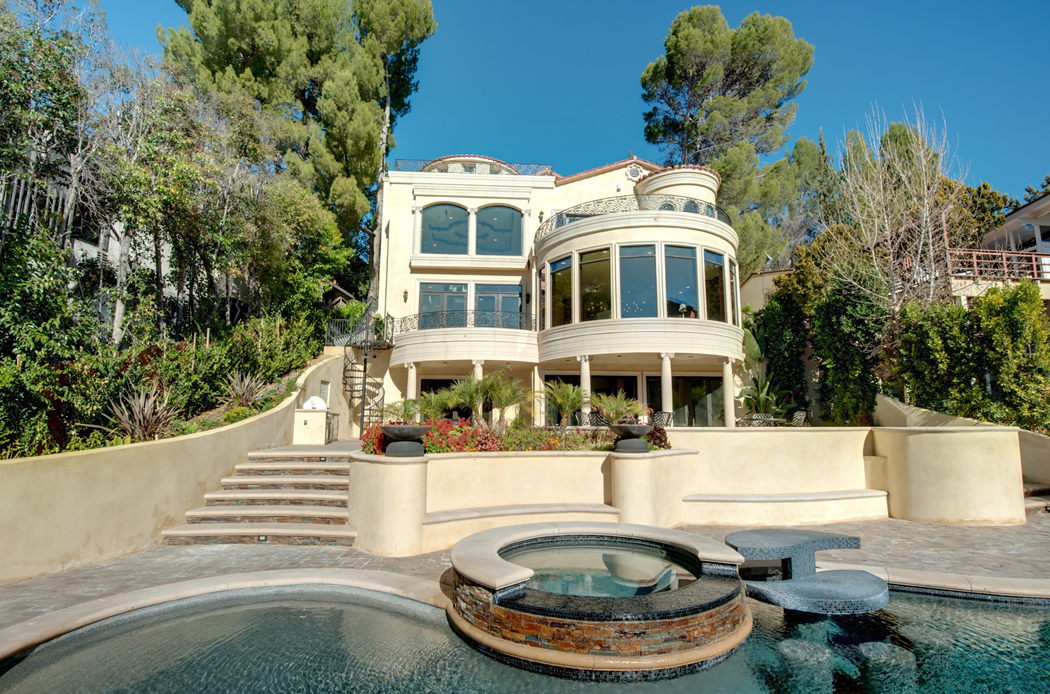