Hidden Valley is a a popular equestrian ranch community in Southern California that’s surrounded by the Santa Monica Mountains, providing residents with a peaceful and rural destination to live. With this convenient location amidst the mountains in the Southeastern portion of Ventura County, the weather in the community is almost always pleasant, buoyed by the presence of a breeze even during the warmer days of summer.

The scenic views of the nearby mountains are the perfect backdrop when riding your horse, taking a hike, or spending time at a local park. Almost every home in this community is situated on at least 20-acres of land, which is great for prospective homeowners who are searching for a house that comes with a vast lot of land. The majority of homes in this community are single-family residences and ranch-style homes, although you’ll also be able to find several large estate homes.

Hidden Valley has long existed as a ranch community where people go to live a more secluded and private lifestyle in Southern California, although the community is an unofficial one with vast expanses of land between each home. As with the majority of Ventura County, the area that’s now known as Hidden Valley was once the home to Chumash Indians, who had their own small communities in Hidden Valley. Since that time, it has remained as one of the most secluded areas in California, as all water is taken directly from wells and the only type of development that’s been done in the area is in the creation of around 60 ranch-style homes.

Throughout much of the 20th century, Hidden Valley has persisted as a location for movie and television shoots, notably those of the hit TV show 24 and the movie Seabiscuit, a film that focused on the champion thoroughbred race horse of the same name. Since all homes consist of lots of 20 acres or more, Hidden Valley has long been a destination for residents who wish to live an equestrian lifestyle. Many celebrities and high profile professionals looking for a secluded retreat have also called this place home over the years.

Today, it continues to remain unchanged and is among the top places to move to in California for those who want to settle down in a luxurious and rural community.

Since Hidden Valley is situated in a portion of the Santa Monica Mountains and is currently an unincorporated community, children who live in the area can attend a selection of different schools, including Banyan Elementary, Westlake Elementary, White Oak Elementary, Sycamore Canyon Elementary, Sequoia Middle, Colina Middle, Redwood Middle, and Westlake High, most of which are a part of the Conejo Valley Unified School District, save for White Oak Elementary, which is a part of the Las Virgenes Unified School District. Both school districts are renowned through the Hidden Valley community and beyond as providing the children who attend their schools with premium educations that allow them to prepare for college and their lives afterwards.

Each school within the Conejo Valley and Las Virgenes Unified School Districts have received an ample amount of awards over the years for keeping test scores high, ensuring that a high percentage of students graduate, and other educational milestones. For instance, White Oak Elementary was given the Distinguished School Award in 1993 as well as the National Blue Ribbon School award in both 1986 and ’94. The Las Virgenes Unified School District as a whole has recently received the California School Boards Association Golden Bell Award and the California Business for Education Excellence (CBEE) 2014 Honor Roll award. Within the Conejo valley Unified School District, Westlake High School was recognized as a National Blue Ribbon School in 2016, which is an award that’s given to only the most high performing schools in the state.

Many of the schools available to residents of Hidden Valley offer unique and advanced educational programs to students that will bolster their educational experience and might help them identify what they would like to major in once college rolls around. For instance, Redwood Middle School offers an advanced Algebra 1 math course, as does Sequoia Middle School. For more options, Westlake High School provides students with the ability to enroll into a wide variety of advanced courses, including four arts courses, five foreign languages, five social science courses, and an advanced English literature course. Nine STEM courses are also available for students that believe they have an aptitude for this range of subjects, which involves everything from statistics and physics to advanced chemistry and computer science.

Given the fact that Hidden Valley is a rural community in the Santa Monica Mountains, the majority of the dining, shopping, and entertainment destinations that residents commonly travel to are a short drive away in Westlake Village and Agoura Hills, although the immediate vicinity around Hidden Valley is always a great place to go for hiking, fishing, or partaking in any number of other outdoor activities.

The Landing Grill & Sushi Bar is a casual and laid-back sushi bar that provides scenic lake views and offers an extensive menu complete with dishes from both American and Asian cuisine, allowing you to sample a wide range of dishes. Whether visiting for lunch or dinner, their starters and appetizers include such dishes as miso soup, shrimp scampi, soup du jour, and steamed clams. If you’re looking for more casual and lighter fare, you might want to try the blackened chicken Caesar salad, smoked chicken ravioli, chicken pesto, or angel hair pasta. Their main entrees include include grilled salmon, rack of lamb, and a grilled filet Mignon, although they also offer a variety of stir fry dishes such as orange chicken stir fry and spicy shrimp stir fry. For dessert, consider the warm chocolate tartlet or triple berry crumb cake.

Another popular restaurant just nearby Hidden Valley is the Pearl District Restaurant, which is an eclectic eatery that’s notable for its open kitchen and communal table. The menu offered by the Pearl District Restaurant is mainly comprised of eclectic American fare and is divided into appetizers, salads, and entrees. For starters, consider trying the braised short ribs, grilled Spanish octopus, or crispy Brussels sprouts. Their salads include a standard heart of Romaine as well as a more exotic Moroccan chopped salad. Their list of entrees is kept to ten dishes, including such favorites as a grilled Angus filet Mignon, grilled Scottish salmon, and lamb bolognese. They also offer an extensive wine list that’s lined with dozens of reds, whites, and sparkling varietals, allowing you to pair your dish with the wine that best suits it.

When living in Hidden Valley, the best place to go shopping is in Westlake Village, as it’s brimming with shopping destination for you to peruse, such as the Shoppes at Westlake Village. This shopping center consists of more than a dozen popular shops and boutiques as well as the same amount of restaurants, cafes, and eateries. If you’re a fan of music, don’t hesitate to stop by the Guitar Center in Shoppes at Westlake Village, which is notable for being the world’s largest retailer for keyboards, drums, guitars, amplifiers, and DJ equipment. Some of the premier clothing destinations in this shopping facility include Tilly’s, Carriere Menswear, and Fillmore & 5th.

Gardens of the World is a beautiful botanical garden that’s among the most visited attractions nearby Hidden Valley, as it includes a vast collection of different types of gardens, from traditional Japanese gardens to an Italian garden that has a focus on cypress trees and Italian architecture. When you’re not walking among the gardens and viewing the scenery, head over to the Bandstand, which is a large stage that hosts concerts on a regular basis. Just behind the Bandstand is a spacious picnic area that’s great for having a quick bite to eat in the shade.

If you want a more unique experience that you won’t soon forget, consider stopping by Nodus 805 Escape Rooms, which involves a series of rooms that tasks the players inside with finding clues and solving a mystery within 60 minutes. Nodus 805 offers two specific rooms for you to choose from, including The Study and The Light Room. The Study is a game designed for 2-5 players that tasks you with completing the mysterious request left to you after the mysterious passing of your aunt. The Light Room places you at the turn of the 20th century and asks you to partake in a test that will determine who was the greatest mind among Nikola Tesla and Thomas Edison. The objective of the game is to solve riddles but and interpret clues that will lead to your escape with time to spare– a great activity for friends and team building! 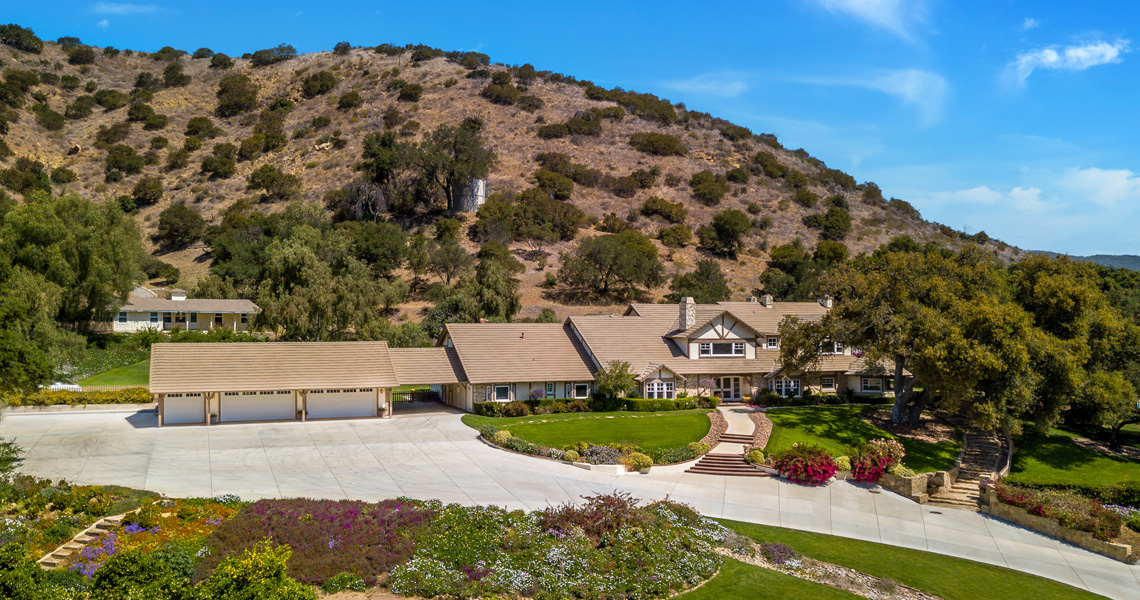 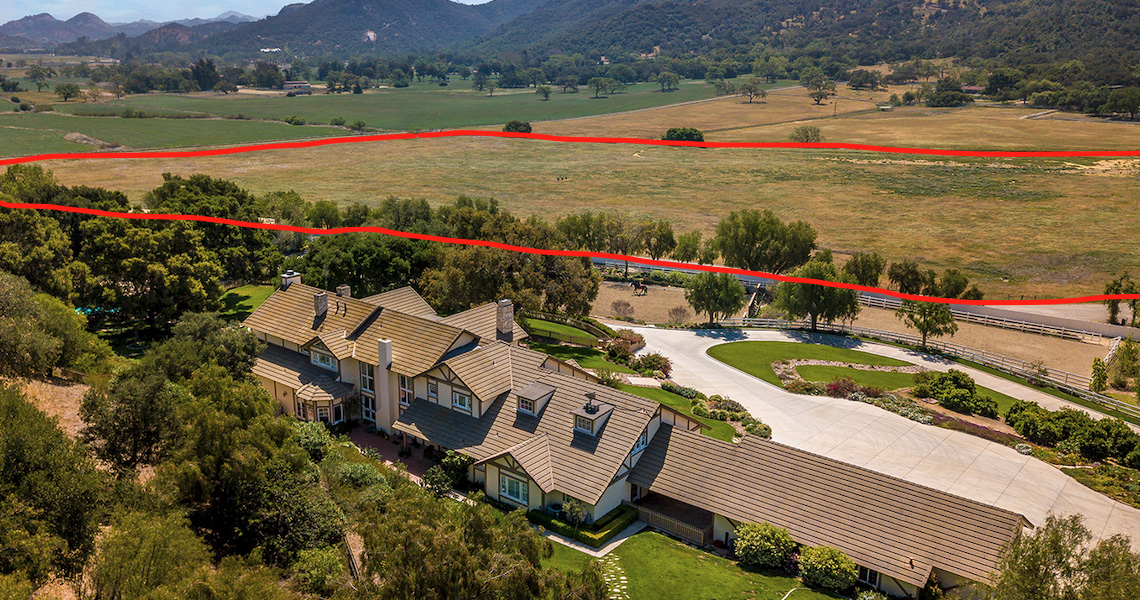 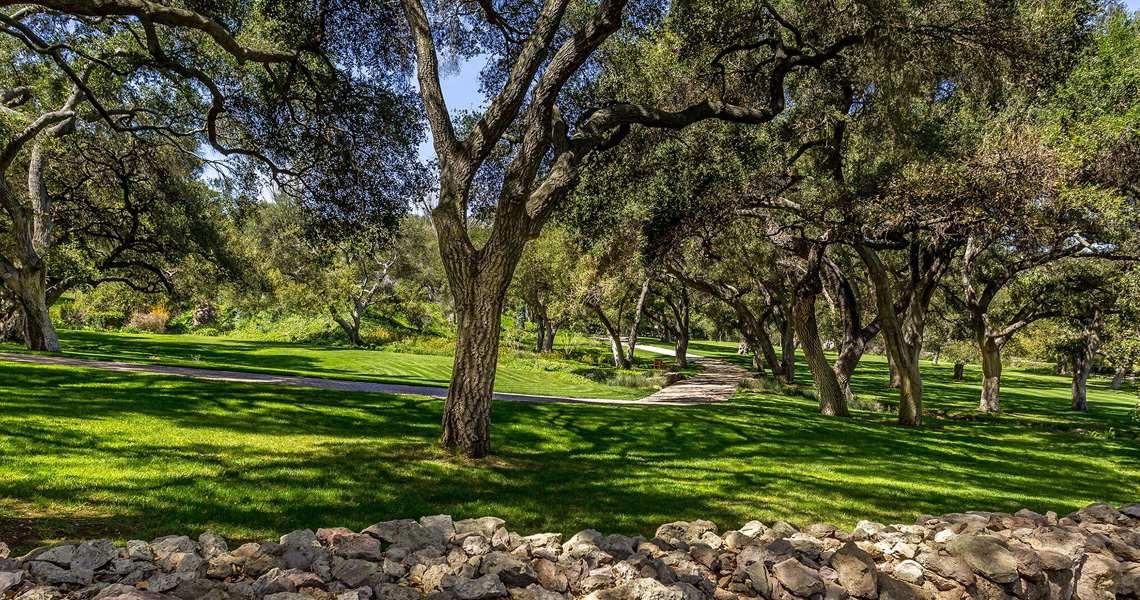 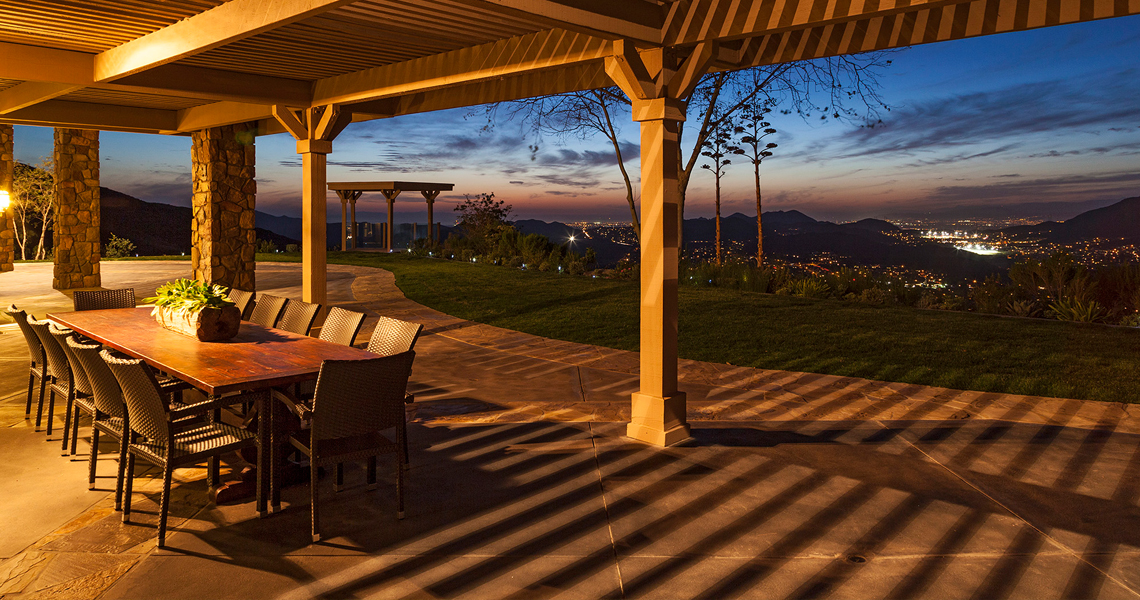 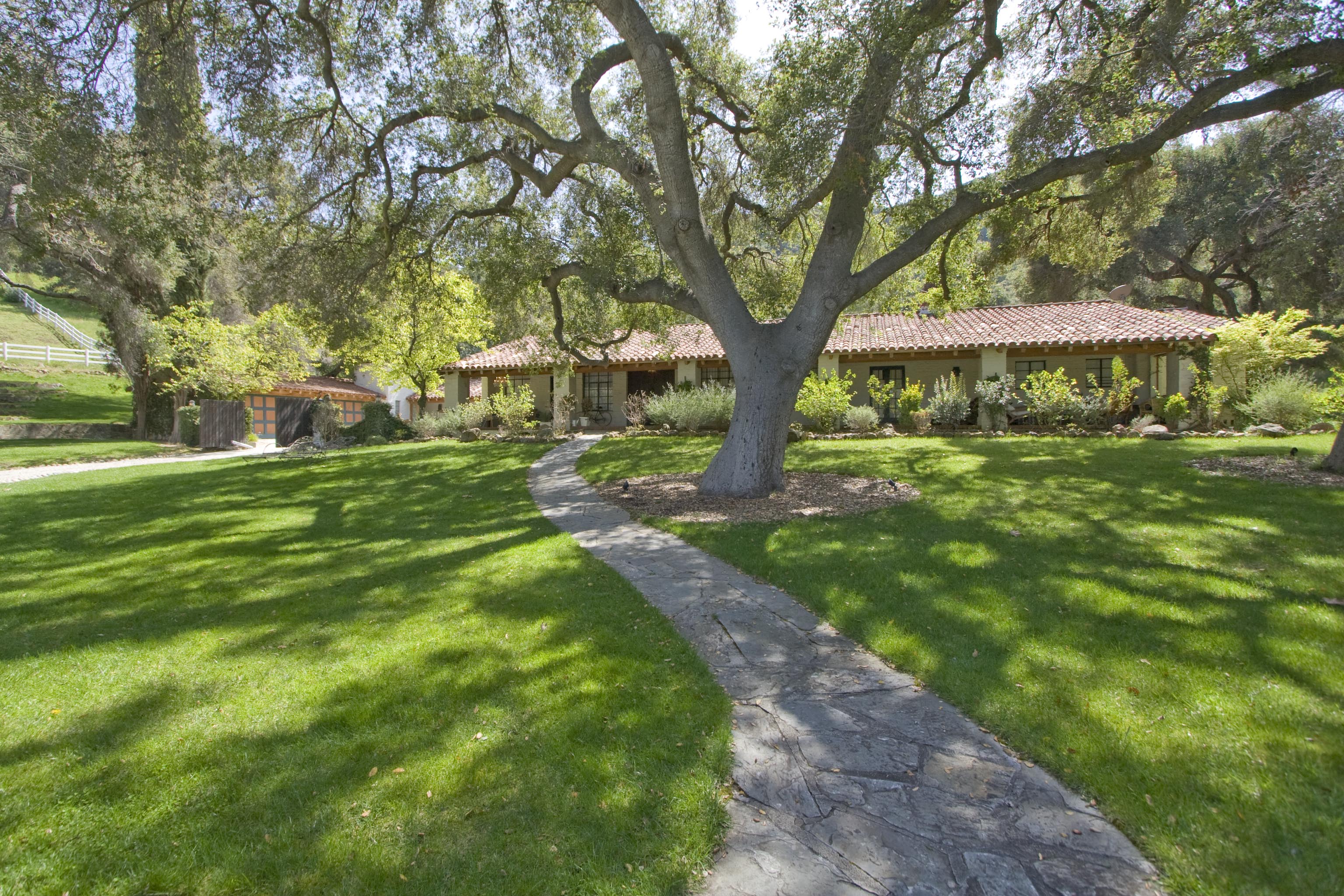 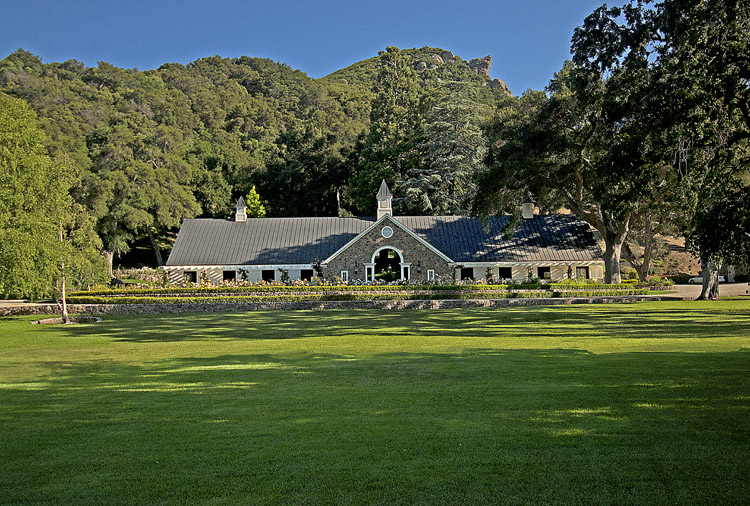 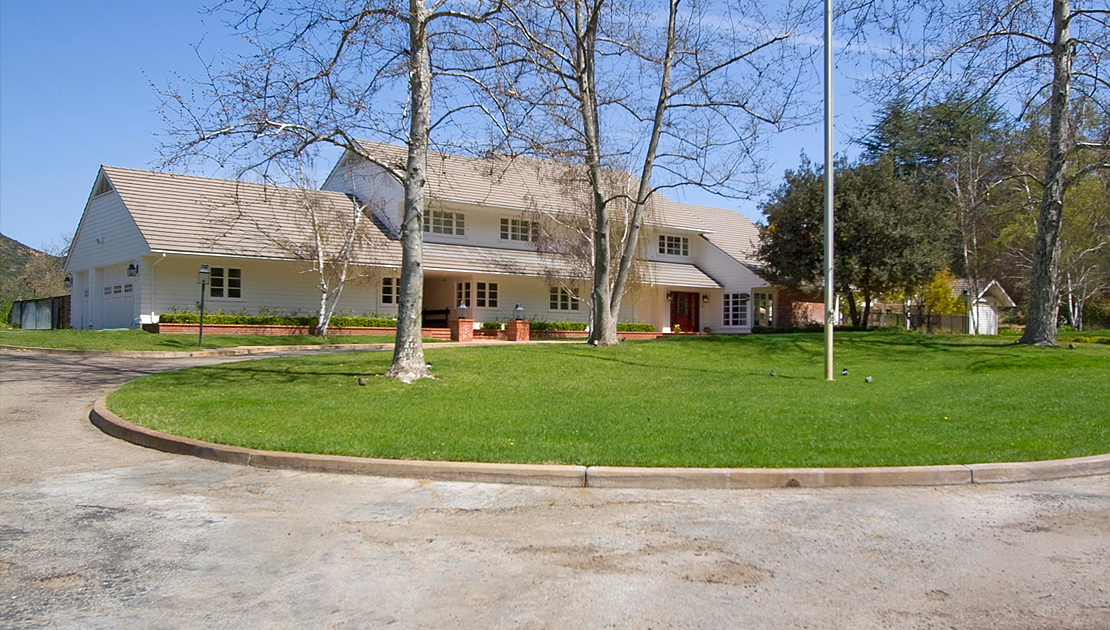 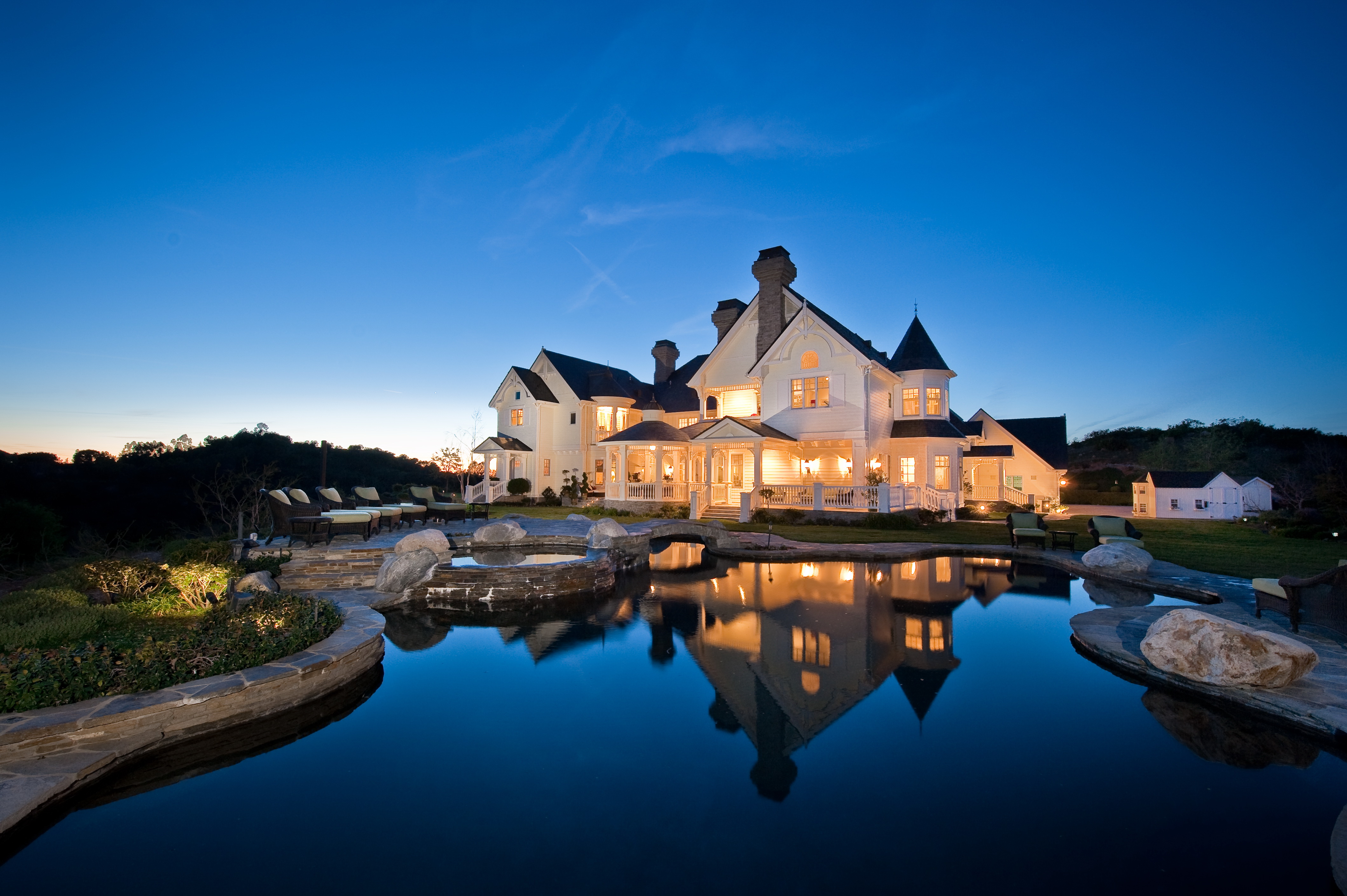